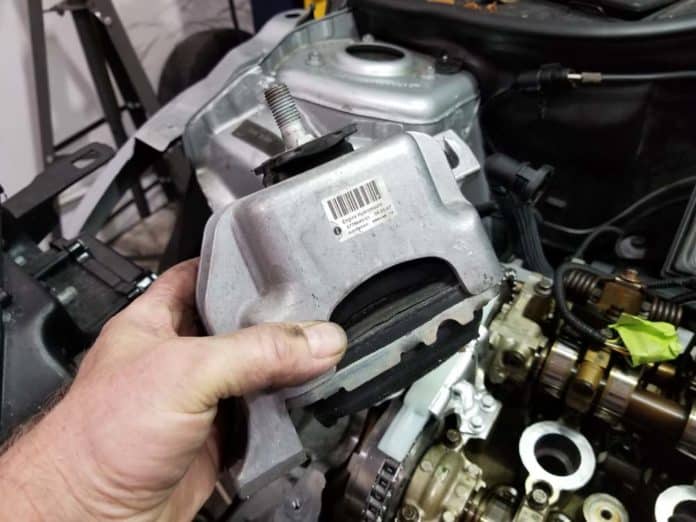 Repair Summary
This article gives detailed instructions on replacing the engine mount in a MINI R56 vehicle. Even though we used a 2007 MINI Cooper to perform this repair, this article can be applied to any 2007-2013 MINI vehicles with minor modifications to the repair steps.

A MINI R56 engine mount replacement may be needed if you are experiencing thumping sounds and excessive vibrations from the engine compartment.

One thing we love about the four cylinder Prince engines in the Generation 2 Mini Cooper and Cooper S is their compact size and simplicity. And although many MINI enthusiasts are quick to demonize the R56 MINI Cooper and Cooper S for their reliability issues, one thing stands with certainty; many repairs that are difficult on other vehicles are pretty darn simple on the Coopers.

Performing a MINI R56 engine mount replacement qualifies for one of those repairs. Most vehicles on the road require quite a bit of finesse to replace the engine mounts. Most engine mounts are located in narrow spaces under the vehicle requiring mechanics to put their fingers under a raised motor to access hard to reach bolts. Luckily for MINI R56 owners, the two engine mounts are easily accessed without a lot of hoopla.

Symptoms of failing engine mounts on a MINI R56 are very distinct. They usually begin with thumping or impact sounds coming from under the hood (especially when you hit a bump) followed by excessive engine shaking or vibration. The MINI R56 has two engine mounts that need to be replaced; one in the right engine compartment that connects the motor to the body of the car, and one underneath the car at the right rear of the engine that connects the MINI’s motor to the sub-frame. Both engine mounts help damper movement in the engine block and are important components of the MINI’s overall suspension.

Replacing the right engine mount does require supporting the engine with a floor jack (the engine support bracket must be removed to access the mount), but other than that no special tools are needed. It is a very easy repair for the home mechanic and can save hundreds of dollars in parts and labor “doing it yourself”.

***It is possible to replace the upper engine mount without putting the vehicle in its “service position”. The support bracket bolts are slightly more difficult to access, but it will save you about 30 minutes in time (and aggravation) not having to slide the front of the car away from the body. The following images show the difference in access to the upper engine mount with the car in and out of the service position. For more information on putting your MINI R56/R57 in the service position, please read our article MINI R56 Service Position – 2006-2013 Cooper. 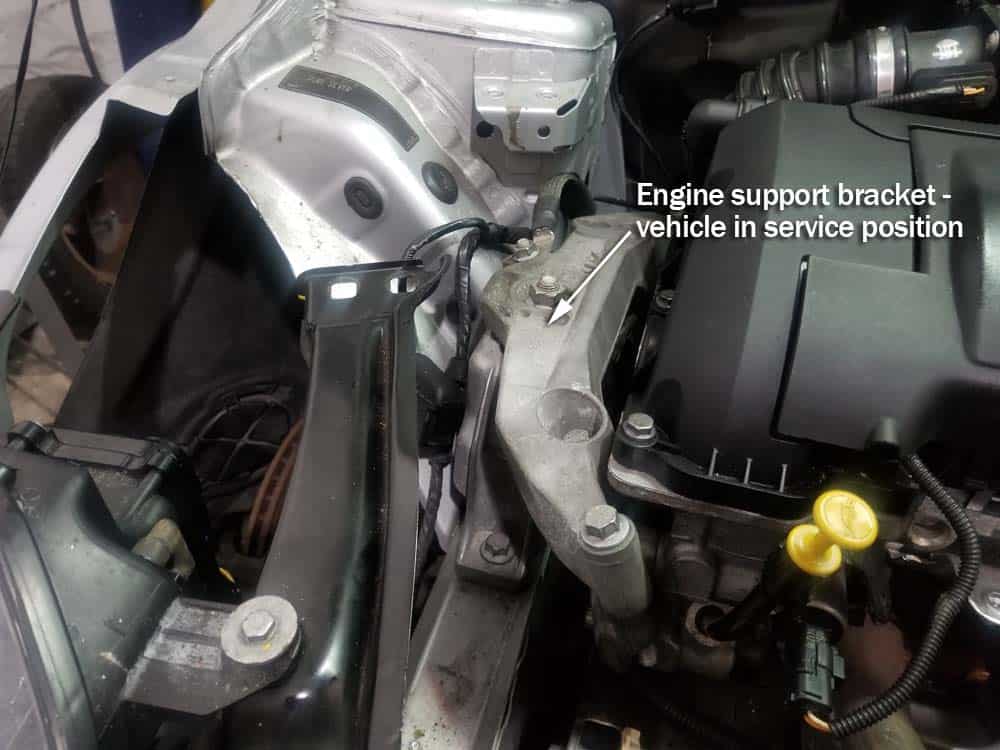 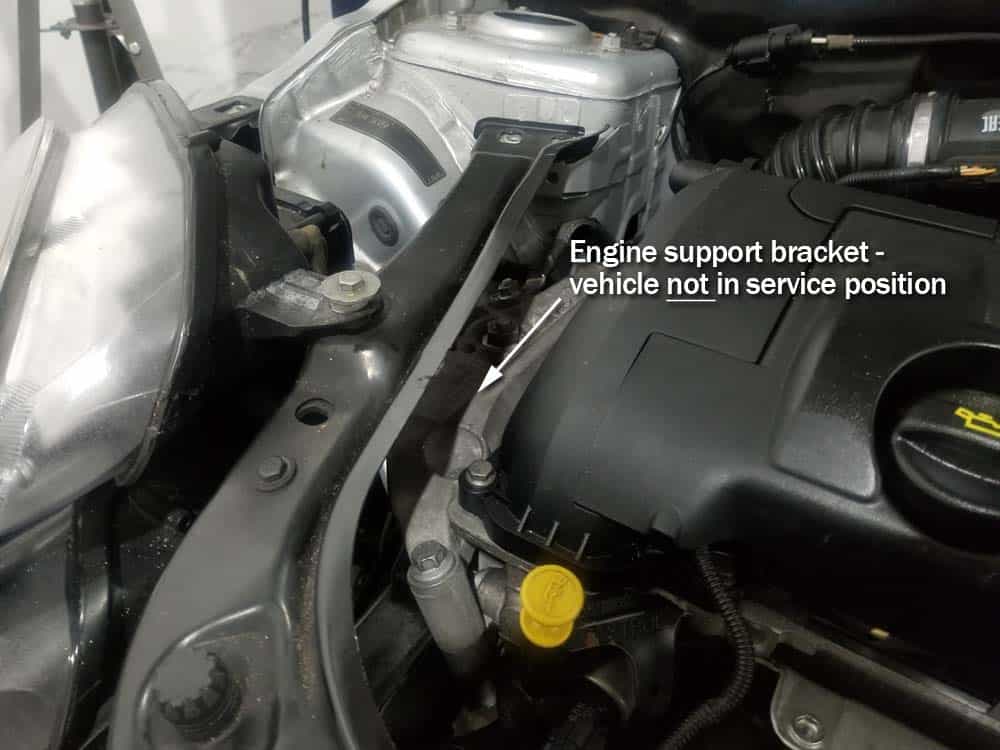 1. Engine mounts (required) – You will need to purchase both an upper and lower engine mount to complete this repair. Always use OEM quality engine mounts on your MINI…we offer a couple of affordable options below. As discussed above, putting your MINI Cooper in the service position definitely makes replacing the upper engine mount a lot easier, but is not required to do the repair. If you have been putting off other repair or maintenance issues that require additional space in the engine compartment to perform, now is a great time to put the MINI in its service position and do them all…including the upper mount.

If you are replacing both engine mounts in this repair, it is good practice to always start with the lower. The lower mount only takes about 15 minutes to replace…just be sure to read our comments below on moving the exhaust pipe.

MINI R56 Engine Mount Repair Finished
If you have any questions or comments, please feel free to contact us. And congratulations for Doing It Yourself!