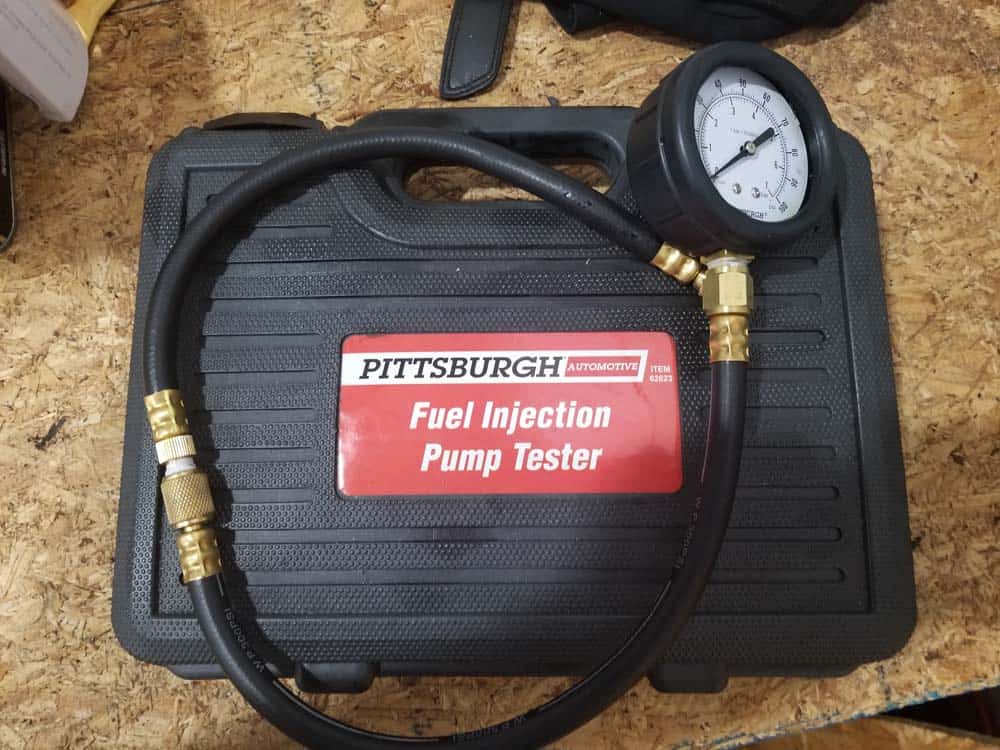 The BMW Repair Guide used this 2003 325ci for the following article. 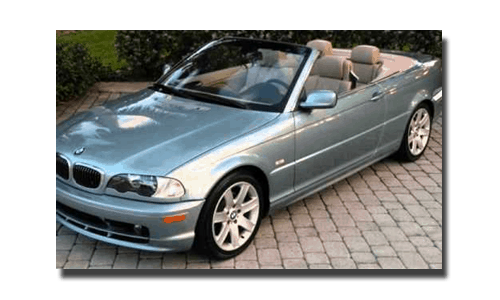 Repair Summary
The following article gives detailed instructions on performing a fuel pressure test on a BMW E46 3 series car. Even though we have used a 2004 BMW 325ci to perform this test, this article can be applied to any BMW vehicle with minor modifications.

If your BMW experiences a lack of power, hesitation during acceleration or poor fuel economy, you may be having an issue with your vehicle’s fuel pressure. A BMW fuel pressure test is a standard diagnostic procedure that is both easy and inexpensive to perform.

As complex as our BMW fuel systems may sometimes seem, they actually operate using very straight forward principles. Fuel is pumped from the gas tank through a network of lines and hoses to the engine fuel rail, where it is fed into the cylinders via the fuel injectors. Much like a simple garden hose, the fuel injectors spray the pressurized fuel in a fine mist into the cylinders, ensuring a complete and efficient ignition process.

BMW has very strict specifications on the fuel pressure that is supplied to the fuel injectors. Any variations in fuel pressure can cause a variety of symptoms including lack of power, hesitation during acceleration and poor fuel economy. If your vehicle is experiencing any of these issues, do yourself a favor and perform a quick BMW fuel pressure test before running any other diagnostics.

No parts are required

In the following repair steps, we use a 2003 BMW 325ci to demonstrate how to perform a simple fuel pressure test using the schrader valve on the fuel rail. The test is the same on every model BMW…it just may be a slightly different procedure getting to the fuel rail than what we illustrate below. On just about every BMW produced, the fuel rail is located on the top of the engine below its protective cover. You will usually need to remove the cabin filter assembly to reach the engine cover mounting bolts.

BMW fuel pressure test completed
If you have any questions or comments, please feel free to contact us. And congratulations for Doing It Yourself!