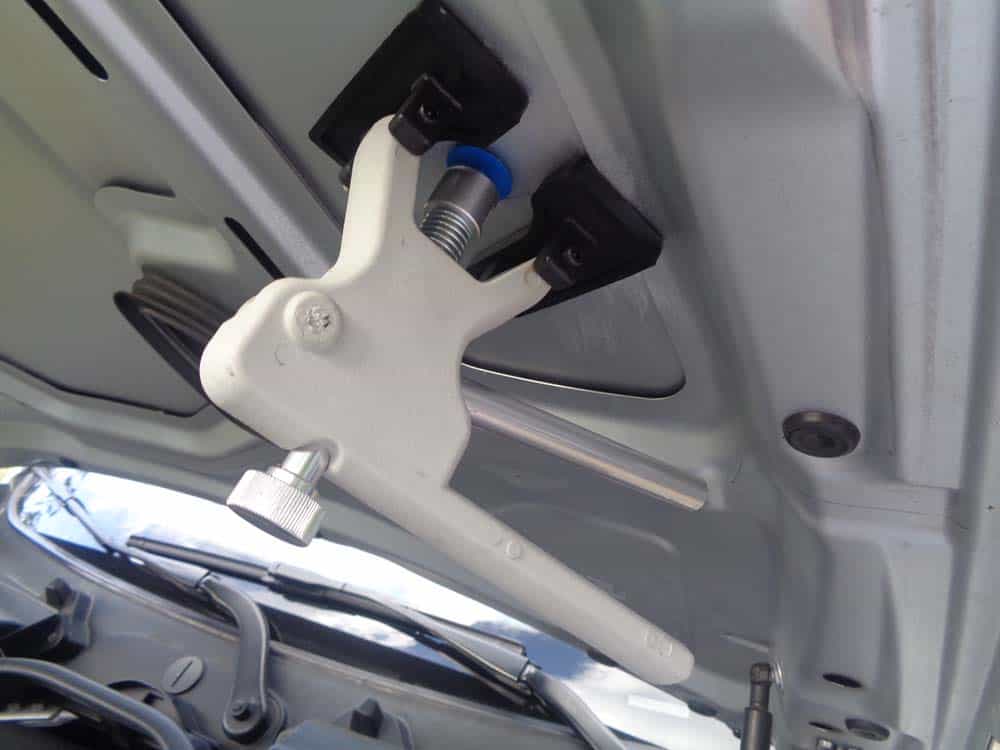 The BMW Repair Guide used this 2013 M3 for the following article. 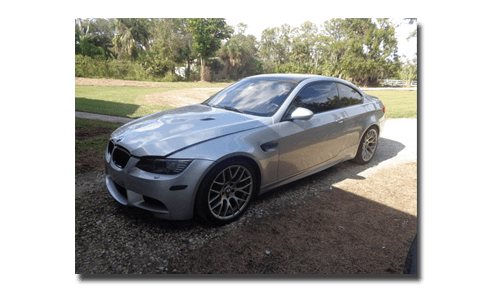 In this article, we will show you a simple form of paintless BMW dent repair that will remove most of your smaller dents and dings.

We write this article with great humility. We have worked on many BMWs over the years here at the Repair Guide, and have made a lot of stupid mistakes (that’s how we learn….right?). But all of our past blunders and miscalculations pale in comparison to what we did to our beloved 2013 M3 one summer day.

After replacing the intake air filter, we did a quick wipe down of the engine compartment with a rag and closed the hood. As the hood came down a wretched sharp metallic sound emanated from the engine compartment; in our haste (lesson #1 learned) we had left a hex wrench set on top of the air filter box. One of the wrenches had dug into the underside of the hood, almost puncturing the metal.

But as Alexander Graham Bell once stated, “when one door closes another door opens”. Thanks Al…it looked like we had just opened the door to dent repair. And although it was a room we were never interested in exploring while writing articles, our bone headed mistake had not only opened the door but had kicked our butts across the threshold.

Paintless dent repair seems to be one of those mysterious unicorns all car owners are trying to find. We want to believe we can remove a dent without sending it to the body shop, but deep down inside we know it will ever work. But with really nothing left to lose at this point, we spent the 35 bucks on an entry level “hot glue” dent repair kit. Our results were actually impressive.

One thing we learned about a hot glue dent repair kit is you will never pull an average dent out on the first try. It is an art-form that requires patience and….patience. It is a slow process that requires pulling on the dent multiple times until it succumbs to your persistence; in fact it took us twelve pulls to get most of the small ding out of of the M3 hood. But the results were acceptable. We were actually able to remove most of the ding with no sign of damage to the paint. We didn’t exactly catch a unicorn…it was more like a small horse with a fake horn glued to its head. But at the end of the day, no one except us will ever know the difference.

No parts are needed in this repair

Section 1 – BMW dent repair; using the hot glue pulling tool
BMW Dent Repair Finished
If you have any questions or comments, please feel free to contact us. And congratulations for Doing It Yourself!

The Repair Difficulty Level displays graphically how challenging the repair is, from easy to advanced. Easy repairs usually require very few tools, have short repair times and do not require jacking and supporting the vehicle. As the difficulty level rises, expect the repair to demand more time, specialized tools, and better understanding of mechanics to complete the job.