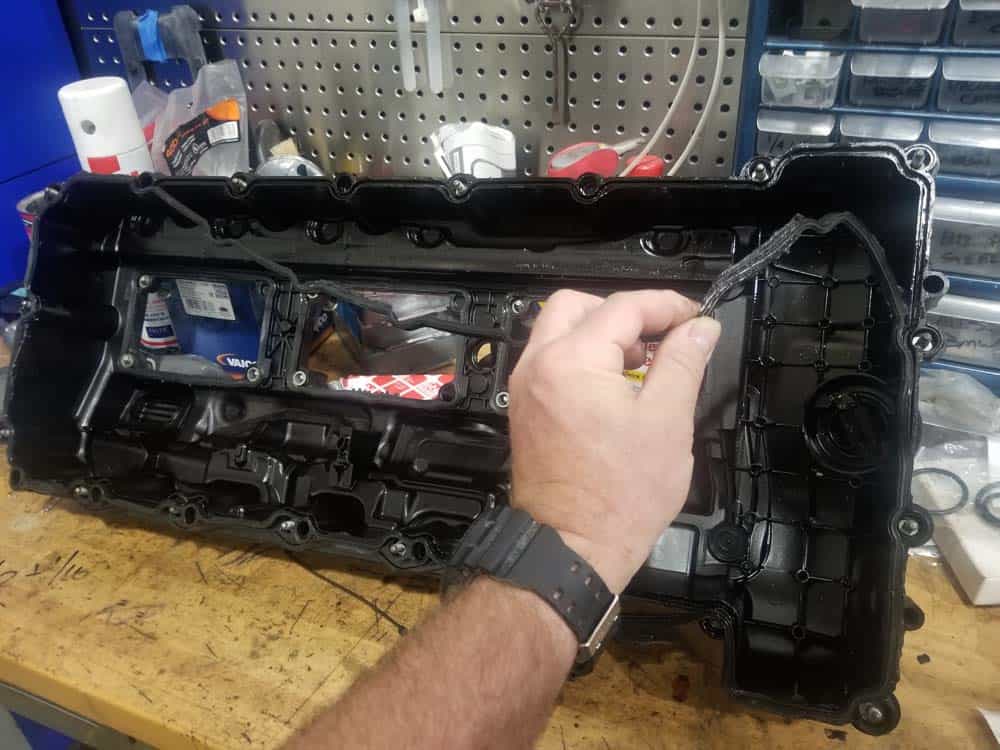 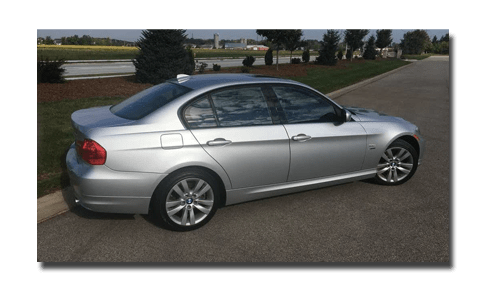 Repair Summary
This article gives detailed instructions on replacing the valve cover gasket in a BMW with the N55 turbocharged 6 cylinder engine. Even though we used a 2011 335i to perform this repair, this article can be applied to any BMW vehicle with the turbocharged N55 engine including 1,2,3,4,5,6,7,X1,X3,X4,X5 and X6 models with minor modifications to the repair steps.

One of the more irritating issues plaguing BMW owners with the N55 turbocharged six cylinder engine are valve cover gasket oil leaks, especially around the exhaust manifold and the rear of the cylinder head. Although these leaks do not present an immediate danger, they do need to be ultimately fixed to keep burnt oil smoke from billowing from the engine compartment and into the interior of the vehicle.

The BMW N55 engine generates a tremendous amount of heat creating a brutal environment inside the engine compartment. These conditions play havoc on gaskets and seals, especially the valve cover which is situated in close proximity to the extremely hot turbocharger. As the valve cover gasket becomes brittle from heat and age it cracks, allowing oil from the cylinder head to slowly seep out around its edges. If the oil leak is on the right side or rear of the valve cover it will drip on the turbocharger, exhaust pipe or catalytic converter creating a burnt oil smell and blue smoke to emanate from under the hood. Often the leaks are very hard to visually observe, even with the vehicle up on a lift. Since the oil is usually instantly vaporized by the intense heat of the turbocharger and upper exhaust pipe, the only indication there is a leak is often just a plume of smoke.

A BMW N55 valve cover gasket replacement is actually not a difficult repair and should not intimidate the home mechanic with average skills. In fact the most time consuming part of the repair is clearing out the myriad of engine components that block access to the cover. Be sure to take your time while removing the cover – label all of the connections with high visibility tape to aid during reassembly.

We have included a handy checklist at the end of this article to help with reassembly.

1. Valve cover gasket (required) – Always use a high quality gasket in you N55 turbocharged engine. We give you several great options based on your budget and brand preference. 2. Crankcase vent hose (optional) – One of the most damaged parts when performing a BMW N55 valve cover gasket replacement is the crankcase vent hose. As this part ages it becomes extremely brittle and usually snaps in half during disassembly. Save time and avoid aggravation by ordering a new vent hose before starting the repair. 2. Valve cover (optional) – There is unfortunately a chance that the actual valve cover on your N55 engine is cracked causing an oil leak. The N55 valve cover is made of plastic and is susceptible to the same punishing heat conditions as the other parts in the engine compartment. If you determine that your cover is cracked, order from one of these OE quality replacements. Goof Off Power Cleaner and Degreaser

As previously discussed, the most time consuming part of removing the valve cover is clearing out the components around it. Take your time when disassembling the engine – we always use a high visibility masking tape to mark our connections so we don’t forget them during reassembly.

Section 2 – Removing the valve cover from the cylinder head

It is very important that the new valve cover gaskets are installed with an adhesive. Not using an adhesive between the gaskets and the valve cover will cause them to fall out and become damaged during installation. There are many theories scattered across online forums as to what is the best type of adhesive to use for this procedure; we have always used a general purpose spray adhesive like Permatex (see our supplies list) and it works great.

Final reassembly is very straightforward…it is just the above steps in reverse. Take your time when installing the valve cover back in the vehicle. Move slowly and avoid getting frustrated if the cover will not immediately fit into place – sometimes it takes a a few “micro-adjustments” until the cover falls into position on the cylinder head. Trying to force the valve cover into place will only end up damaging the gasket or cracking the cover.

Once you have the valve cover in place, it is recommended that you use a “crisscross” pattern to torque the mounting bolts working from the interior of the valve cover towards the outside edges. The following is a handy bolt torque pattern diagram if you don’t already have your own system: 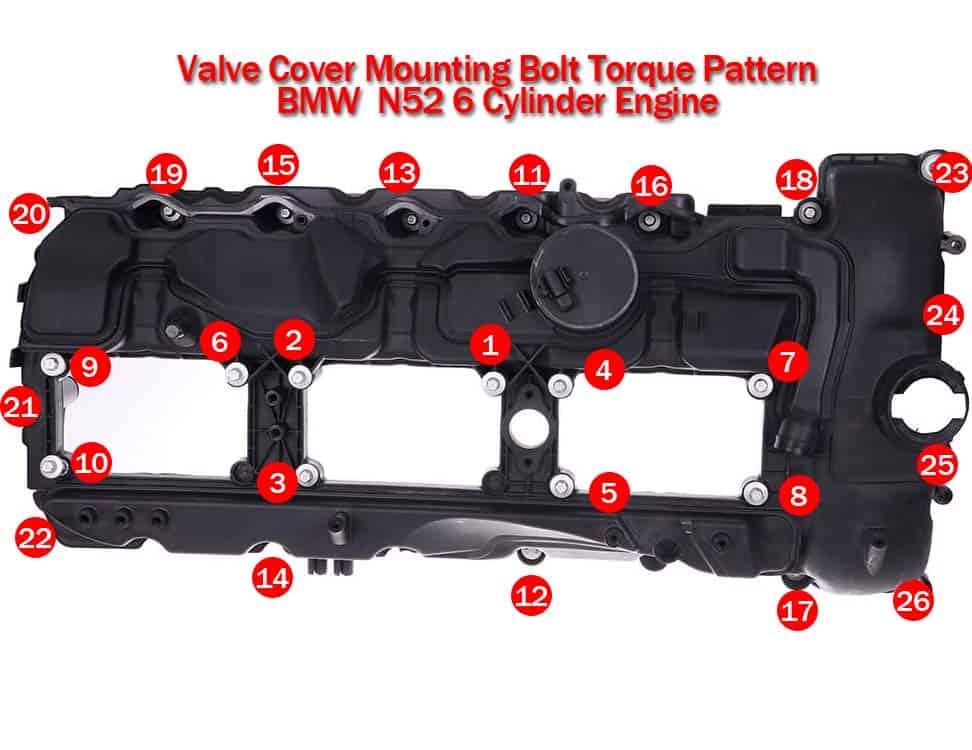 We have provided the following reassembly checklist with torque values for your convenience.

When you are finished with a step, use your mouse (or finger if on mobile) to check the box as completed! Completed step =
***The following steps were performed on a 2011 335i…other models may vary.
BMW N55 Valve Cover Gasket Replacement Finished
If you have any questions or comments, please feel free to contact us. And congratulations for Doing It Yourself!