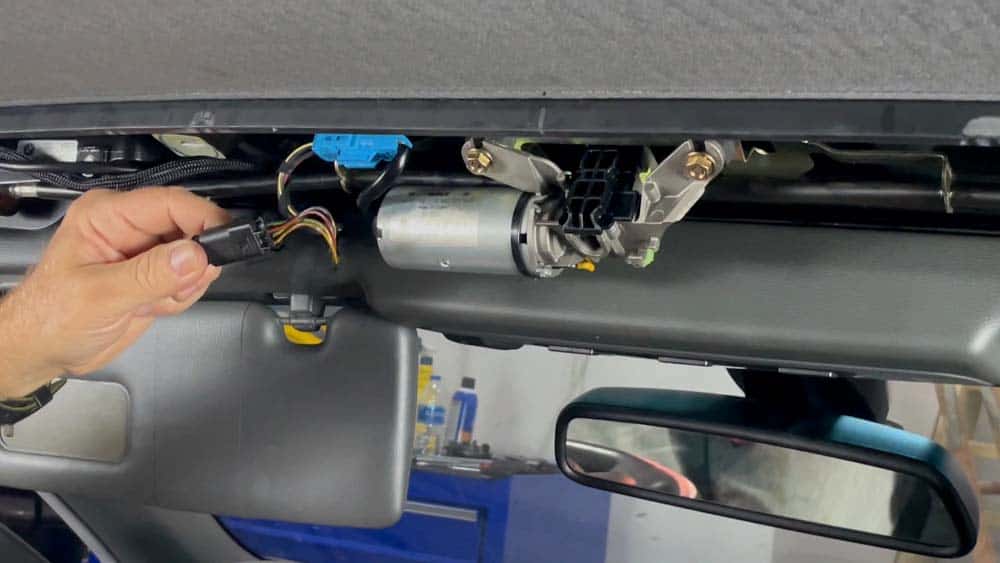 The BMW Repair Guide used this 2005 645ci for the following article. 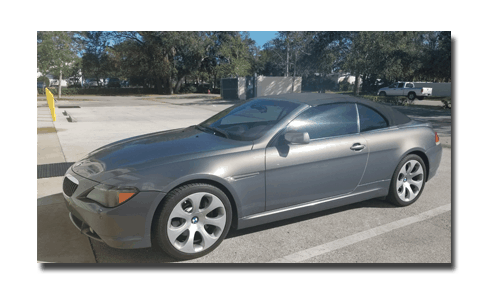 Repair Summary
This article gives detailed instructions on replacing the convertible top locking motor (locks the folding top to the windshield) in a BMW E64 6 series vehicle. Even though we used a 2005 645ci to perform this repair, this article can be applied to any 2004-2010 6 series vehicle with minor modifications to the repair steps.

The E63/E64 6 series was first introduced to the US market in 2004 and has been hailed by enthusiasts as one of the most iconic designed BMWs to ever be produced. The E64 version of the 6 series sports a fully automatic electrohydraulic convertible top that tucks neatly into the trunk when fully retracted.

Unfortunately the the E64 6 series convertible top has been plagued with operational issues, most notably those contained in SIB 012417 that led to a class action lawsuit settlement in November 2018 (please click here to view document). There have been numerous articles and forum discussions concerning the issues and remedies contained in SIB 012417 therefore we will not address them in this article.

One common problem that is not covered in the SIB but is well known among BMW E64 owners is a convertible lock motor failure that prevents the top from unlocking and separating from the windshield. The convertible top on the 6 series is secured to the windshield by two catch hooks which are retracted by an electric motor when the driver presses the top retraction button.

The BMW E64 convertible lock motor contains a plastic gear which turns two flexible drive shafts that retract or extend the catch hooks on either side of the windshield. Over time this plastic gear has a tendency to crack or strip, causing the lock motor to just spin without engaging the driveshafts when activated. If not replaced immediately it will eventually jam the electric motor, causing it to burn up. If you suspect the plastic gear in your convertible lock motor has broken DO NOT try and operate the top. You could cause permanent damage to an expensive motor that could be salvaged by just replacing the inexpensive gear.

There are some instances where the electric motor fails electrically. In this case the entire motor will need to be replaced. The good news is a BMW E64 convertible lock motor replacement is a very easy repair for the home mechanic and will avoid an excruciatingly expensive trip to the dealership or local repair shop. We give you full step by step instructions as well as a parts list below for your convenience.

1. Convertible latch motor gear (may be required) – Although it depends on what you find when you open up your broken latch motor, you most likely will need a new gear. The factory BMW E64 convertible latch motor was manufactured with a plastic gear that has almost a 100% failure rate as it ages. Only replace your gear with an upgraded metal one. The BMW Repair Guide only uses the following gear in their repairs. 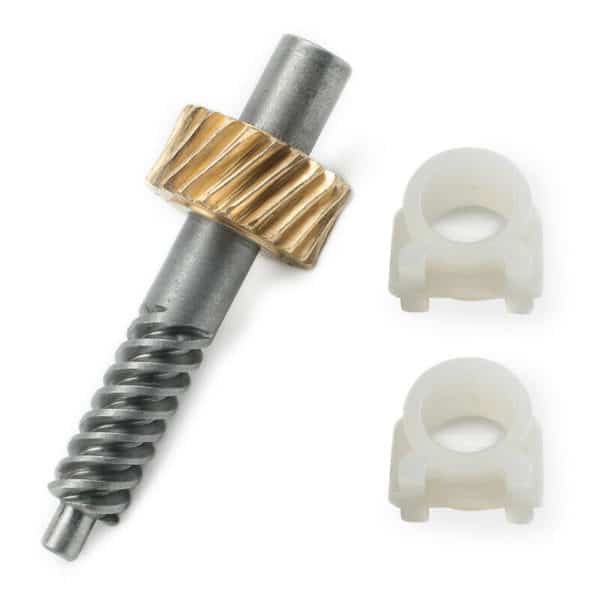 This article assumes that the convertible top is stuck in the closed position on your 2004-2010 6 series vehicle and the latch motor will not unlock it. The good news is the BMW E64 convertible latch motor is easily accessible without having to manually release it. The plastic trim panel that conceals it inside the vehicle can be quickly disassembled by removing two screws.

If you have diagnosed that your latch motor is operating correctly, then you most likely have a broken latch gear. As discussed earlier, the original latch gear is plastic and has almost a 100% failure rate in high use vehicles. The good news is the gear is easily replaced as shown below.

Reassembly is very simple…just follow the above steps in reverse. Make sure the flexible driveshafts turn freely and do not bind up after reinstalling the motor.

Replacement Finished
If you have any questions or comments, please feel free to contact us. And congratulations for Doing It Yourself!
Help us continue to keep our repair articles free by making a donation. All donations are used to assist in paying our operating expenses.