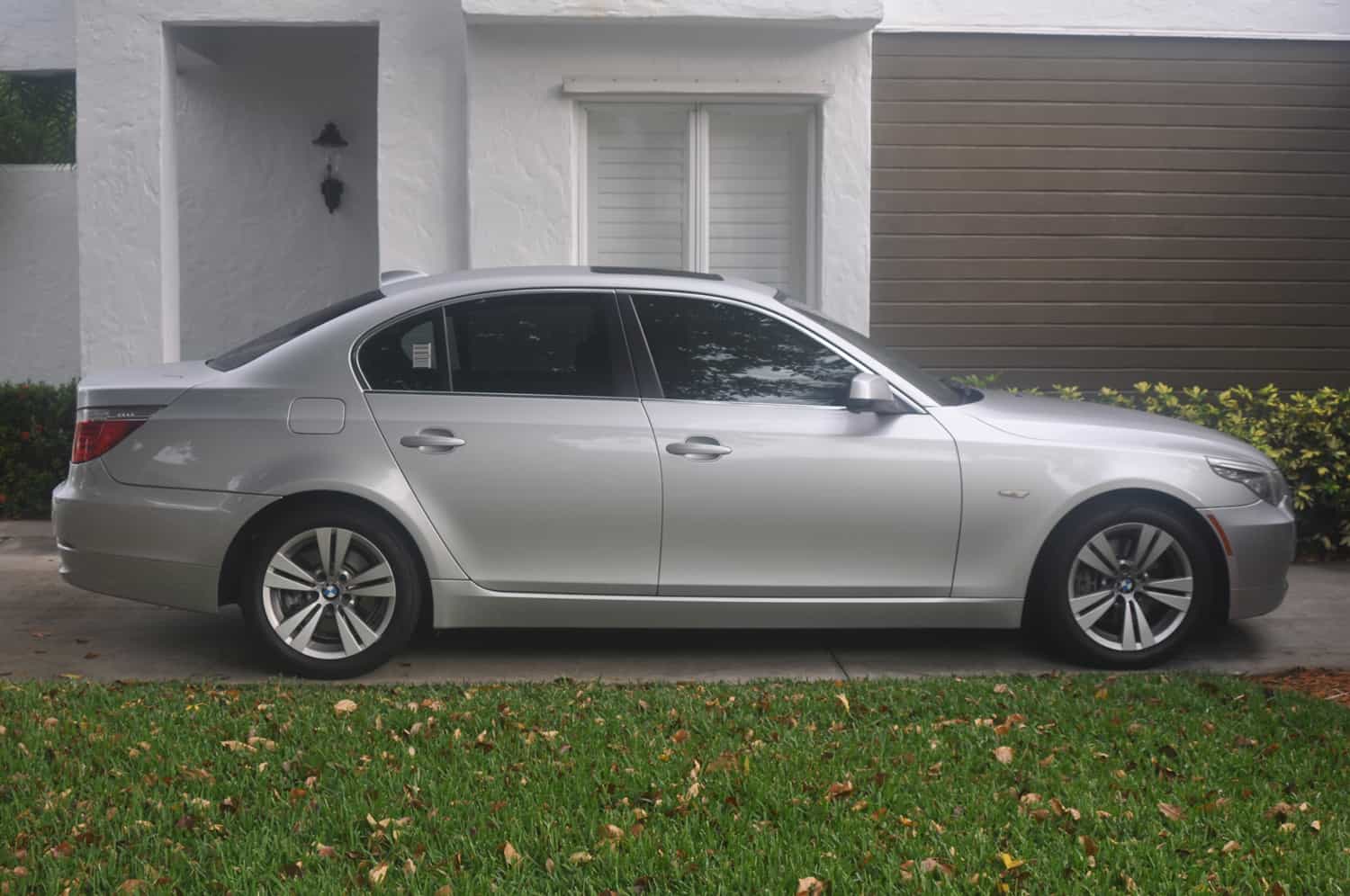 My 2010 BMW 528i has been a love hate relationship. Its superior ride and looks have often been overshadowed by its reliability issues.

On April 15th 2010, I rolled off of the Coggin BMW lot in Ft. Pierce, Florida in my brand new 2010 BMW 528i E60. It had 11 miles on it, the lowest millage vehicle I had ever owned. And I was happy. Not only had I got a great deal on the car (it was the model year end and they were pushing E60’s off the lot to make room for the redesigned 2011 F10), but I had also the exact color combination I wanted: silver metallic with black leather. Life was good…so far.

Six years and 96,000 miles later, my 528i has seen twisting North Carolina mountain roads, seemingly endless stretches of interstate I95, and countless trips through the elementary school car lines. The back seat has been graciously vomited on by a car sick 5 year old, the trunk over stuffed with bags of mulch, and the roof rack overloaded with luggage and bicycle parts on a long trip to the grandparents’ house. The exterior has been washed and polished countless times by my hands…the black interior relentlessly wiped down and the leather conditioned. I change my own oil, I rotate my own tires. I do all of my own service and most of my own repairs. Does all of this make me an expert on the 2010 BMW 528i? Probably not. What I do know is I can share a whole lot of knowledge I have compiled on the car that may help another owner or future purchaser. 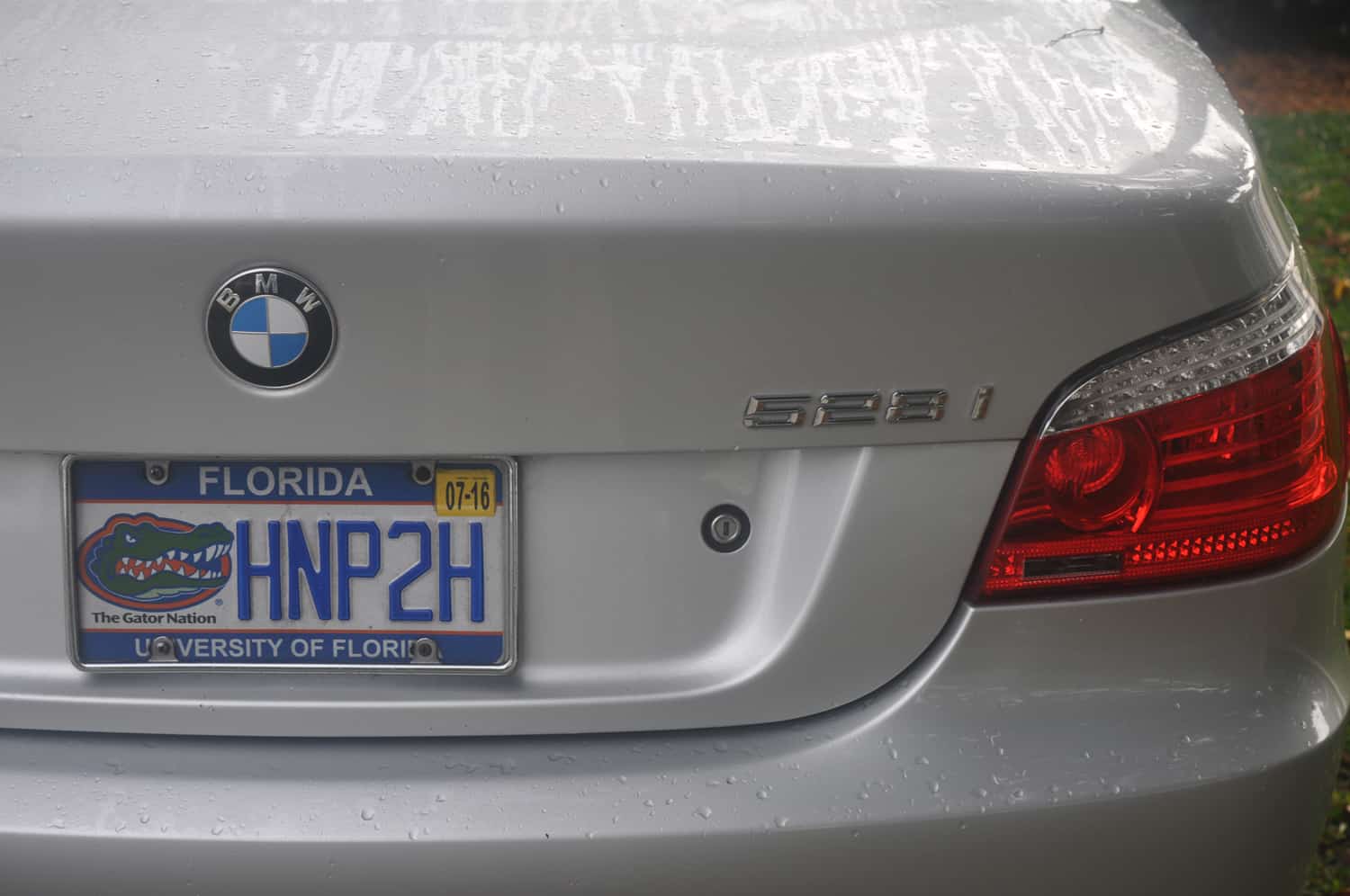 In my opinion, and contrary to what many automotive “experts” have written, the E60 is one of the most distinctively and well-designed cars BMW has manufactured. The exterior of the car has a non-traditional boldness to it, and its low stance and distinctive lines make it look like its ready to run fast on the autobahn. It’s been six years and I still enjoy walking up to my E60 in the grocery store parking lot. It is still one of the best looking luxury sedans on the road.

The interior is equally as beautiful. I am a person who enjoys minimalism in their automotive interior, and my 2010 BMW 528i has always had an understated elegance to it. There are very few switches and gadgets, and the iDrive (which was updated in 2010) is simple to learn and use without any of the flashy “video gameness” that you find on many screens today. The door panels and dashboard have beautiful lines to them that gracefully transition into each other, and all of the controls are well laid out and easy to use. The seats are extremely comfortable, and the center console has a retractable arm rest that gives plenty of support. The interior is surprisingly wide and spacious. There is an enormous amount of shoulder room for the front and rear passengers. The trunk is also surprisingly large, with plenty of room for transporting luggage for four adults to the airport.

And then… there’s the ride. The E60 528i is by far one of the greatest riding vehicles I have ever driven. And that’s not only my opinion. I have had friends and family that own sport luxury vehicles, and they are all blown away at the way the car feels when traveling down a long stretch of road. The only way I can describe it is… effortlessly connected. The suspension removes every bump in the road and delivers a silky smooth ride-but yet you always feel connected to the pavement. Cornering has its issues. It certainly doesn’t eat up windy roads like my 1996 M3, but then again that’s not why I bought it. I wanted a larger euro sports sedan that could cruise effortlessly around town and on the highway. The 2010 BMW 528i delivers in all respects.

One unique surprise has been the inline 6 cylinder N52 engine. It has delivered more than enough power to satisfy my needs as a daily driver, albeit I do live in Florida and do most of my driving on flat highways. Initial pick up is fine, and the car has always had adequate power whether in town or on the interstate. Where the N52 engine truly shines is when passing on the highway. Punching the accelerator at 60 MPH gives a surprise boost of power for getting around slower traffic, and the brakes are extremely soft and keep the car under control when needed. But the biggest surprise gift from the E60 N52 engine has been the gas millage. My lowest recorded fuel consumption on the highway has been 35 mpg…which is quite better than the 27 mpg estimate on the sticker. A tank of gas lasts me a week and a half under normal driving. I know that’s a subjective statement, but it’s still pretty impressive for a luxury sport sedan used as a daily driver. The ZF 6 speed steptronic automatic transmission is also ultra smooth, and you will really have to concentrate to feel it change gears at normal speeds.

One of the more documented issues with the BMW E60 is the steering. Car and Driver has called it “schizophrenic”, which I agree is an excellent way to describe it. At low speeds, the car handles fine. But at higher speeds, especially when driving in a straight line, the steering has its issues. There is a delay between moving the steering wheel and the front wheels following. And when the front wheels finally realize they are supposed to move, they sometimes over compensate. This will definitely cause you to pucker up, especially on a long stretch of interstate with a semi beside you. There has always been what I can only describe as a complete loss of connection between the driver, the front wheels and the road. And although I have learned to live with over the years, it is still there. You have to be careful with this car when doing 75mph on a crowded highway.

Without any doubt, the biggest issue I have had with the 2010 BMW 528i has been its reliability. My problems began at 25K miles, when all my electronics starting going haywire. The dealership reported that water was infiltrating the battery compartment and they had found the source of the leak and “plugged it”. All was well until 60K miles when I discovered oil all over the side of the engine and on the floor of the garage. A leaking valve cover gasket and oil filter mount were the culprits. Shortly after that I lost operation of the trunk release due to bad wiring, and then a faulty FOB (car key) almost left me stranded out of town. Unfortunately, the FOB on the 2010 E60 DOES NOT have a replaceable battery; it recharges in the ignition. When the internal battery goes bad, you have to suck it up and buy a new one for $250 at your local dealership. Also at 60K, the car developed an extremely rough idle when warm. Tune ups and engine flushes have still not cured the problem, and I am still actively trying to find the source.

At 90K miles, things really got ugly. I had to replace the starter, the thermostat, the water pump, and a bad coil (I ended up replacing all of the coils) all within a week of each other. But the cherry on the cake was having to replace the $4,000 power steering rack after finding all of my power steering fluid in the driveway one morning. That was a real kick in the groin after just shelling out close to $2,000 on the other repairs.

As I write this article, I have a new blower motor and regulator in my garage that need to be installed; the fan on my air conditioning has been cutting off and then restarting randomly. And I also have an awful “grinding squeal” coming from the AC compressor, which is going to really cost me some major bucks when I decide to breakdown and replace it (sorry, but there are no DIY for AC repair).

But at the end of the day, it is still cheaper for me to fix the old E60 than put myself in major debt with a newer car. It helps that I have the ability to do most of these repairs myself, although parts are still expensive, especially for this model car. If I can squeeze a few more years out of her, I will be very happy. After all, regardless of my 2010 BMW 528i’s quirks and reliability issues, I still love driving it every day.  And if you can say that about a car after 6 years, then you have truly found a very special vehicle.

Editor’s note – In December 2016 (about 10 months after this article was written), the writer was struck at an intersection by a driver distracted by texting. The car was completely destroyed. The good news is the writer walked away with just a few bruised ribs and a nasty air bag burn to his left leg. “The BMW E60 was a sitting duck, hit by a full size Lexus doing 45 MPH through a red light.” So readers can also add vehicle safety to the BMW E60s list of accolades.